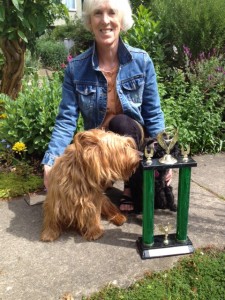 I am glad that I did not win first place as the prize was a very large pitch fork which would have been hard to bring on the ferry and carry through customs. When I approached the customs and immigration officer he complimented me on my lovely big trophy and asked where I had got it. I said that I had received it at a liar’s contest. He stopped smiling and asked, “What did you do there?” “I lied,” I said. He gave me a withering glance and I thought I might be in for a strip search but my friend, Shirley, said, “We’re storytellers!” “Oh,” he said and waved us through with a look of distain.

This entry was posted in Uncategorized. Bookmark the permalink.